Nearly a decade after 4G was first launched, networks are finally moving closer to upgrading to 5G. The move is said to bring much faster network speeds for users.

To put the shift into perspective, according to PCMag, the average speed for 4G LTE providers in the US was between 10-20 Mbps in 2018. 5G is said to provide users with speeds in the gigabit range, which would be 50-100 times faster than the average LTE speed. Qualcomm has introduced a 5G modem that can support speed up to 5 Gbps. You can expect 5G to be much faster than your home broadband internet also.

But the upgrade to 5G brings much more than just speed to the table. Networks will now have the capacity to support a lot more devices at the same time, providing them with a steady speed. With 4G LTE there are times when the network bogs down in a crowded area where a lot of individuals are trying to use it. With an increased capacity that issue should not persist with 5G technology.

The shift to 5G

The reason why the shift to 5G has taken this long is due to the fact it is said to completely change the communication infrastructure. The last time such a shift occurred was when there was a shift from telegraph to fax. It was a game changer and you can expect the same from 5G. Networks are already laying down the foundation for 5G even before the service has been introduced. This will allow them to switch their users to it easily once it starts.

Summary of improvements to come with 5G

With all the excitement around 5G, which is most likely to be introduced late 2019 or early/mid-2020, let’s take a look at even more advanced network technology that goes beyond 5G.

While 6G is said to provide users with even more speed than 5G, possibly in the 10-11 Gbps range, the best aspect of the technology will be coverage area. The technology would employ satellite networks that will allow mobile network providers to give global coverage. Going to remote areas in the woods and so on won’t seem so difficult or dangerous anymore. The satellite will enable networks to work from the remotest of locations. You can also expect other technology like autonomous drone delivery, transport, and robotics to become more common and accessible globally as 6G is introduced.

This is due to the fact that nanoantennas would be positioned at different geographical locations, which will allow for exceptional service. With global coverage, you can also expect cheaper internet service with the introduction of 6G.

There are whispers of what 7G may bring to the table. One such ambition is space roaming. By the time 7G is introduced, which will be likely well past 2030, we may just need space coverage. Improved speed and data capacity are a given with each upgrade but networks are more focused on the wider coverage they get. 7G is said to completely eliminate coverage and bandwidth issues that network would face even with increased users, anywhere globally and most probably even in space.

As mobile networks focus on shifting to 5G, they haven’t truly looked beyond 7G at the moment. 7G itself is said to be well in the future, anywhere between 2030 to 2040. But it won’t be long after the introduction of 5G that more news will be available of the technology beyond 7G. You can be certain that it won’t be long before there are discussions about 8G, 9G, and so on.

The wonderful thing about technology is that there is always scope for innovation. Who would have thought that we would have been at the verge of 5G by 2020 when GPRS was first introduced in the late 1990s. The technology has come a long way since and will continue to innovate for years to come. As the demand for data increases with more and more mobile users using mobile data, you can expect mobile networks to constantly stay on top of demand. The best way to do that is by innovating and constantly upgrading their network.

So who wrote this? 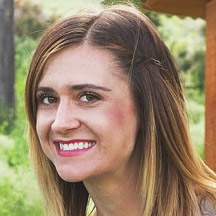 Karen Evans is a former college student who, after making real money learning how to build and scale niche blogs, decided to go full time and hasn't looked back since. After seeing so many people waste time and money trying to learn how to create websites that make money she decided to create the ever-popular StartBloggingOnline.com. So far over 9,500 new blogs have been created using her guide! When Karen isn’t blogging, she enjoys spending time with her family, which usually involves finding some water to cool off in!

More posts by the Author »