How to do SEO without doing SEO

Every now and then you get to find a nice little gem in the internet. Linuxweb was hot recently with the latest Google Panda Update. Well… At least we think it may have been the case. Either that or we screwed up something really bad. Our inbound links went from roughly just under 100 to 5 to 2 to 4 and now today finally to about 1300.

During this time we were frantically trying to research what manner of mass destruction had befallen us – lol. I came across this post on Freelance Advisor and followed this advice for ourselves. I do believe it has helped quite a bit.

So I decided to take one customer as a test case. I knew that their competition was fierce, but in terms of SEO and the organic SERP’s their competition was terrible. So what a great testing bed here. We implemented only what was written on this page, nothing else, only to find a few weeks later that they ranked on the first page for their chosen keywords.

So without fancy stuff, and without major analysis of keyword stuffing, and re-written content, and optimised titles blah blah blah, we got out customer on the first page. The article link is bellow, give it a read you wont regret it at all.

How to do SEO without doing SEO.

So who wrote this? 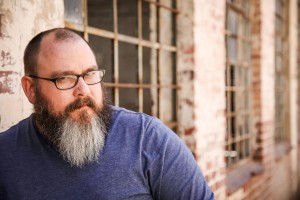 Selwyn is the Founder and CEO of Linuxweb, passionate about all things web and has never met a whiteboard and markers he never liked. You can often find him talking about the internet, Google, beards, coffee and craft beer. Oh he has also been know to dabble a bit in web development and graphic design.
More posts by the Author »